Fascinating Facts About the Rainbow Island in Iran

Some places on our planet are wonderful, spectacular, and stunning. If you want to call them heaven, they deserve the name. Hormuz island is one of them. This Island is home to breathtaking landscapes. It has the most magical and stunning island in the world. It is recognized as one of the most intact islands in Iran. This island is filled with yellow, orange, red, ochre, white, beige, green, brown, grey, and turquoise hues. Hence, it is designated as the Rainbow Island of Iran. Read on to uncover everything about mesmerizing Hormuz: Rainbow island.

Iran is one of those countries that observe all four seasons of the year. Iran is home to deserts, forests, and mountains, but it has remarkable islands in the southern part of the country Oman Sea and the Persian Gulf. The island has undergone many transformations for centuries. It was called Organa to the ancient Greeks and in the Islamic period, it was called Jarun. The island was renamed as ‘Hormuz’ from the significant harbor town of Hormuz on the mainland. In 1290, Marco Polo came to the island and even mentioned the land in his travelogue. Later, Ibn Battuta also arrived at the island and New Hormuz, a Chinese fleet led by Zheng also visited Hormuz several times in the 15th century.

The Portuguese occupied the island and were incorporated into the Portuguese Empire in 1507. They built a fortress on the island to prevent potential invaders, called it the Fort of Our Lady of the Conception. Hence, the island turned into an emergency stopover spot for Portuguese ships which were traveling to Goa and Gujarat. Later, the island was conquered from the Portuguese by a combined Anglo-Persian force at the command of the English East India Company in 1622.

After the Omani period in the 19th century, this island became a fisherman’s island. In the 20th century, the island has experienced changes and development. At present, Hormuz island is considered one of the most visited islands not only in the middle but in the world. People who love nature can explore the island during the fall and winter as the weather is pleasant. In Rainbow island, why is the water red? 70% of the island soil is in red.

The Best Places to Visit in Hormuz Island

Here are some of the most alluring places to visit to get an unforgettable experience.

The Portuguese Fort, also known as The Fort of Our Lady is a red stone fortress. It is considered one of the last surviving ports of Portuguese colonial rule in the Persian Gulf. If you are a person who loves monuments, this spot is for you.

Another stunning spot is The Silence Valley if you want to mesmerize viewing its beauty with great silence. It is one of the famous monuments wrapped with crystalline salts.

Valley of the Statues

The Valley of the statues is located a few meters from the beach. It is the tallest statue in the area.

Hormuz island’s nickname is Rainbow Island as it is covered with colorful mountains. If you visit the island you can enjoy watching these beautiful hue mountains.

The Museum and Gallery of Dr. Nadalian

The Museum and Gallery of Dr. Ahmad Nadalian have artwork of environmental artists. Most of his works are added to other museums in the world. His projects are the carving of rocks and paintings of natural colors. 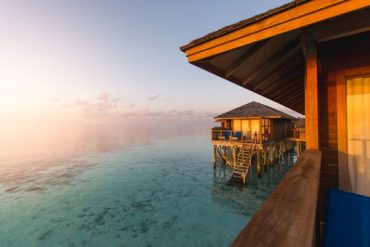