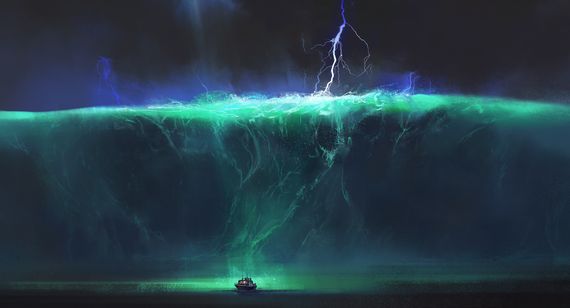 Every year, hurricanes occur. It is a storm system that rotates around an area of low pressure and creates strong winds and heavy rain. Have you ever wondered how they name hurricanes? Read on to learn everything about Hurricanes and their unique names.

Some hurricanes occur and stay active for longer periods. Giving names to hurricanes may help meteorologists, emergency response workers, researchers, ship captains, and people to communicate and recognize particular hurricanes and can be clearly understood.

Hence, the World Meteorological Organization creates a list of names that are arranged in alphabetical order. They are tropical storms and get names in every hurricane season. Hurricane names can be repeated after a gap of six years. However, these names are given to critical storms and permanently withdrawn from use.

Hurricane season starts on June 1st and ends on November 30 every year. Here is the list of hurricane names for every season that is selected by the World Meteorological Organization. Six lists of names for Pacific and Atlantic storms are divided every six years.

Since 1953, the hurricane name lists have been updated by the National Hurricane Center. For the hurricane 2021 season, the names from 2015 are used again. Hence you should not be surprised if some names seem familiar. Those names are not retired from the list, 2021 names can be used again in the 2027 season.

The History of Naming Hurricanes

Native Americans called destructive storms hurakons. Spanish explorers borrowed the term and started giving patron saints names to hurricanes on whose feast days the storms arrived. Later, hurricanes were categorized based on their longitude and latitude. In 1950, a formal naming system was developed by the US National Hurricane Center. During that time, storms were called based on a phonetic alphabet (e.g., Able, Baker, Charlie). Some names were used on repeat for each season, to put it in other words, the first hurricane season was named ‘Able’, and the second season was ‘baker’ and so on. In 1953, to avoid the repetitive use of names, the name system was changed and started giving female names. One Australian weatherman is credited for being the first person to give a female name to the storm. In 1979, the name system was changed and included both male and female names.

Why Are Hurricane Names Retired?

According to the National Hurricane Center, Hurricane names are retired only when the hurricanes are catastrophic. In such a situation, the WMO decides whether the names should be excluded from the future lists, if necessary. Katrina (2005), Joaquin (2015), Irma (2017), Maria (2017), and Florence (2018) are the names that were withdrawn.

Here Are the Hurricane Names for 2021

Atlantic hurricane names are used from June 2st to November 30.