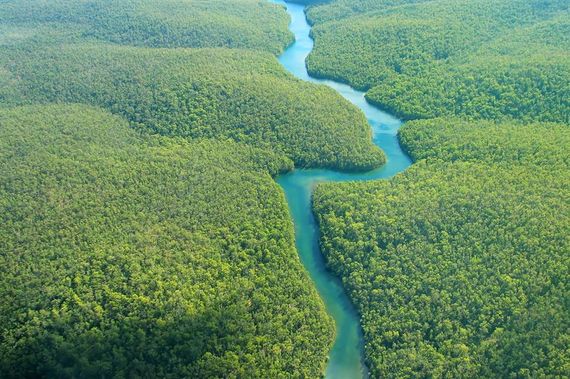 Are these places on your bucket list? We have clubbed some of the mysterious unexplored places on Earth that are uninhabited and untouched across the globe. Let’s have a look.

How Much of the Earth Is Still Undiscovered?

Greenland is one of the largely untouched places. Most of the central part of the country is isolated. Approximately 80% of the island is covered with ice caps.

This region is located in the Amazonian village near Brazil’s border with Peru. Vale do Javari has around 14 of Amazon’s uncontacted tribes. It is known as one of the most isolated places in the world. It is estimated that around 2,000 indigenous people live autonomously in that place. The tribes’ right to stay in isolation is preserved by a federal government and is illegal if outsiders enter indigenous territories.

Northern Patagonia, located in Chile, is home to fjords, glaciers, temperate rainforests, and hot springs. It is considered one of the wildest landscapes in Chile. It is the most sparsely populated territory in the country. This place has only been accessible through highways since the 80s. The Northern Patagonian Ice Field is recognized as one of the largest masses of ice outside the polar regions.

The Kamchatka Peninsula has more than 300 volcanoes, one of which has been exploding continuously since 1996. Its length is 780 miles. It is home to 29 active volcanoes and is the most active volcanic area in Europe and Asia. Kamchatka combines winter weather with continual volcanic activity hence it is known as the “land of fire and ice.” The place is covered with snow from October to May. It contains impressive populations of brown bears and other northern wildlife.

It is situated on the Eastern coast of Australia. Scientists didn’t discover this submarine trench in the Pacific seafloor until the end of 2013. Researchers from New Zealand and the UK sent underwater robots to find what is inside the ocean and they discovered eels and prawns which were totally different from those found in other deep-sea trenches.

Several subtropical forests located on the easternmost stretch of the Himalayas are untouched by humans. In Myanmar’s Kachin state, there is the biggest tiger reserve in the world. It has red pandas, gibbons, and bears.