9 Most Popular Finger Foods from around the World

Have you ever noticed that food eaten with your fingers tastes better than those eaten with a spoon or fork? There is also a scientific reason why eating food with your hands can be beneficial. Whenever you eat with your fingers, the flora present in your fingers is also swallowed which can be beneficial for several body parts such as mouth and throat. It also promotes healthy digestion in the gut. There are some most popular finger foods that you must taste at least once. In this article, we will discuss all different appetizer finger foods from around the world.

finger food meaning: It is an individual portion of food that is supposed to be eaten with your fingers without the use of any silverware. It usually does not cause any mess while eating. However, the common origin and history of all different finger foods are still unclear. Appetizers are another word for finger foods. 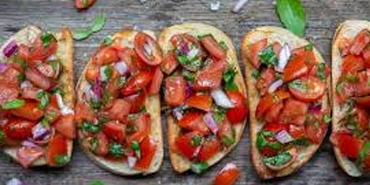 In Which Book Can You Find the Origin of the Dish ‘Coxinhas’?

It is a traditional starter dish from Italy that consists of grilled bread rubbed with garlic and topped with olive oil and salt. But there are several varieties of toppings available including cheese, beans, vegetables, and meat. The origin of the dish can be traced back to Ancient Rome. However, it is originated in Italy during the 15th century. In some parts of the world, the topping is marketed as Bruschetta. 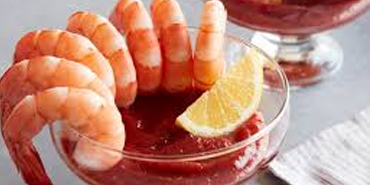 It is an international appetizer finger food and is popularly known as prawn cocktail. It is a seafood that consists of prawns cooked with Marie Rose sauce or cocktail sauce and served in a glass. From the 1960s to the 1980s, it was one of the most popular finger foods in Great Britain and the United States. The British television chef Fanny Cradock is often credited for the invention of this dish in the United Kingdom. It is also one of the healthier options as finger food. 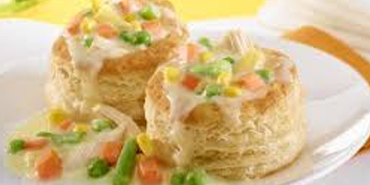 It was formerly referred to as a patty case. It is a hollow circle-shaped puff pastry that consists of savory or sweet fillings. Vol-au-Vent literally means “windblown” in French and it describes its lightness. In France, it is served as a snack or an appetizer that is filled with chicken or fish. It can also be available in Belgium restaurants, served with chicken or mushrooms. In Pakistan, it was commonly known as “patties”. 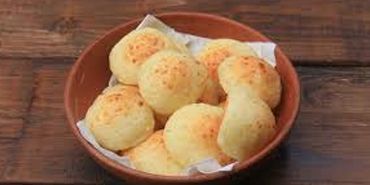 It is around cheesy bread that is made of Cassava starch and cheese. Pan de Yuca is also a traditional Ecuadorian dish that can be found in different variations throughout Latin America but with different names including Pao de queijo and chipas. A watercolor painting by Manuel Maria Paz features Cassava bread being prepared by Saliva people in Casanare province. 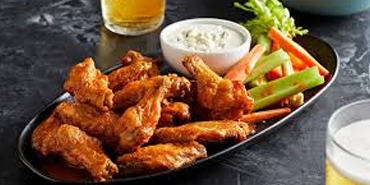 It is one of the world’s best appetizer finger foods. It is an unbreaded chicken wing section that is deep-fried in a cayenne pepper hot sauce. The origin of this dish is still unclear but however, one of the most popular claims is that Buffalo wings were invented in 1964 at Anchor Bar in Buffalo, New York. The chicken wings festival is celebrated in several areas of the United States. Many restaurants also offer wing eating contests for visitors. 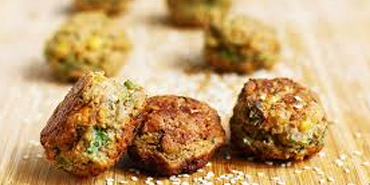 Falafel is one of the most popular dishes in the Middle East. It is a deep-fried ball or patty usually made from ground chickpeas and fava beans and is traditionally served in a pita. Though its origin is unclear, many theories suggest that it is originated in Egypt. These were served during Iftar in the Ramadan times. Falafel is also considered the national dish of Israel. It was a popular replacement for meat-based food among vegetarians. 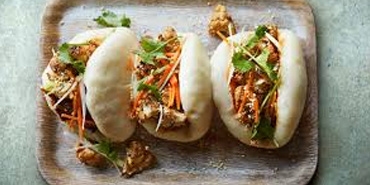 Bao, also known as steamed buns or baozi is filled with a mixture of pork. It can be easily found in many Chinese cuisines. The traditional Bao is round, smooth, and soft and is steamed in bamboo baskets in order to give off the woody scent. It is also popular in several places like the Philippines, Thailand, and Japan. 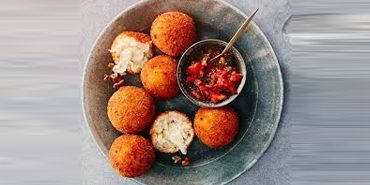 Arancini was said to be originated in 10th century Sicily. This dish can be found at most Sicilian outlets and especially in cities such as Palermo, Messina, and Catania. It is prepared by deep-frying rice balls coated with bread crumbs. It is usually filled with ragù, cheese, or peas. 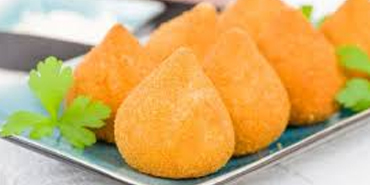 According to the book ‘Stories & Recipes’ by Nadir Cavazin, there is a popular story that the son of Isabel, Princess Imperial of Brazil, and Prince Gaston of Orleans, Count of Eu were kept in seclusion for having mental problems. They were said to eat chicken thigh as their favorite dish, but one day not having enough thigh to eat, the cook turned a full chicken into thighs by cooking in the shape of a drumstick. Empress Teresa Cristina and the child were told to love the results. It is a popular Brazilian dish that is prepared in the shape of a teardrop.

These are the top 9 tasty appetizer finger foods around the world that every one of us must try at least once in our lifetime!