A flood is one of the deadliest types of weather events and the causes of flooding are due to four reasons. They are Excessive rain, persistent thunderstorms, lack of vegetation, and melting of snow and ice. In this blog, we will come over what causes a flood and how are floods formed.

What Is a Flood?

A flood is an overflow of water that usually submerges the land which is dry. It can happen anywhere when it occurs it totally covers everything from a few inches to several feet of water that can also cover the rooftop of the house. It usually lasts for a week to months and longer.

One of the Major Causes of the Flood Is Heavy Rainfall.

One of the most common causes of flooding is heavy rainfall. You live in a society where there is a system designed to remove the rainwater on the street. But when there is heavy rainfall for a longer period it leads to flooding.

This is another cause of flooding. But this overflowing of the river is not mainly due to heavy rainfall. Overflowing of river or river flooding can happen due to the debris in the river or dams that block the flow of water.

Older dams fail when heavy rains occur and the water level raises. It leads to the breakage of dams which ends up in flooding. This is what happened after hurricane Katrina hit New Orleans in the year 2005.

Persistent storms from the hurricane and other tropical changes can cause the sea levels to increase and cover the dry land with several feet of water. On the other hand, one major cause of floods is Tsunami.

5. A Lack of Vegetation

6. Melting of Snow and Ice

Melting of snow and ice is one of the major causes of flood. When the ice or snow melts in a large amount it leads to flooding which mainly happens in the mountain areas.

The 6 Most Common Causes of Flooding ANSWER NOW
Recent Posts 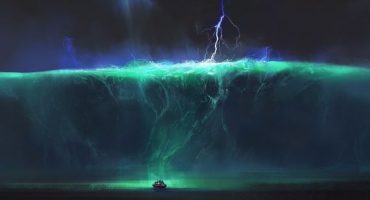 The Largest Flood in the History