The Legend of Marilyn Monroe

She was famous for playing comedic roles.

The Blonde Bombshell character Marilyn Monroe was born as Jeane Mortenson at the Los Angeles County Hospital in California on 1st June in 1926.

1. When Did Marilyn Monroe Start Her Modeling Career?

She spent her childhood in an orphanage and foster residences. She was just 16 when she got married. Marilyn used to work in a factory during World War II.

Fortunately, she met a photographer who was from the First Motion Picture Unit that remained a turning point for her career. She started modeling and became a famous actress. Monroe had been through a lot in her life to become the world’s popular legends.

She signed a new contract with the Fox in late 1950s. Within 2 years she was recognized as a brilliant actress with roles in many movies including Monkey business, As Young as You Feel. Her dramas were Clash By Night and Don’t Bother to Knock.

Marilyn was recognized for her scandal which said that she modeled for nude pictures. This happened before she was a successful Hollywood star. Surprisingly, it didn’t affect her filming career. Hollywood is famous for gossips, there was also a rumor that she had an affair with president John F. Kennedy

Her short-lived filming contracts were with Columbia Pictures and 20th Century Fox. Her acting career made her earn more than $200 million.

Monroe accepted a leading role to play in the movie noir Niagara and her comedies like Gentlemen Prefer Blondes and How to Marry a Millionaire. Her nude images were published on the cover of the Playboy magazine.

In early 1954, she was suspended for denying a film project and joined some other project which was immensely successful -i.e. The Seven Year Itch (1955).

She struggled and suffered in her private life which drew the world’s attention.

She studied method acting at Actors Studio so that she could build her company. The Fox offered a brand new contact with high pay in late 1955.

The screen Icon Marilyn won a Golden Globe for Best Actress for the movie Some Like It Hot (1959). The last critical movie was The Misfits which was released in 1961.

Monroe’s life was filled with depression, anxiety, and addiction.

Marilyn Monroe Facts on Her Death 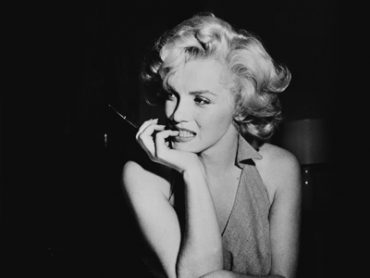 She found dead on her bed after overdosing on drug pills on August 5, 1962, in her house. Some say, it was probable suicide and some say it was a murder.