The Most Tragic Characters in TV Series History

Nobody is safe! Mainly tragic characters, they can die anytime in the show, or face hardships, sufferings, and more. But they play an indispensable role in every show.

Historically, many characters have gone through tragic events. Sitcoms characters can face tragedies like death, accidental death, disease, or loss of their jobs, and many more. You may not want tragedy in real life, but their suffering seems heartbreaking and leads us to cry and feel their pain when we watch how these characters are doomed to suffer.

Most Tragic Television Characters in History

We have put together some gripping television tragic characters that will make you feel sorry for them.

Let’s have a look! 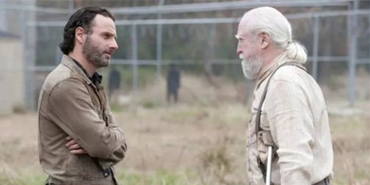 The character Hershel Greene gets fans’ affection because of his tragic life that contains losing his home, losing his half leg after the zombie bite, how he struggles to survive, losing his half family showed how his life becomes hell. He has been facing hardship for a long time that makes him one of the most tragic characters of the decade. Bonnie is a powerful witch who continually puts herself in struggles and dangers to keep her friends safe. She died many times and her first love cheated on her, her father was killed in front of her. She endures immense physical pain every time when she is stabbed. 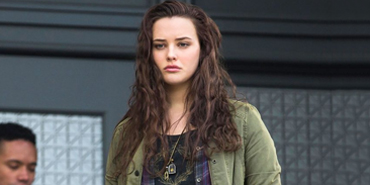 Hannah Baker has been abused, assaulted, and slut-shamed that she doesn’t deserve that. She deserves good things but the world turned on her. She is depressed and finally, she commits suicide in the first season. In stranger Things, 1st season shows Will’s disappearance is a mystery. Even though he comes back and reunited with his friends he seems different. He is haunted by evil forces who live in the parallel world. When his beloved mother performs an exorcism to rid him of the evil force, we can see how torturing and how he endures sufferings. Unlike other tragic characters, Sansa lives happily at the end as she becomes queen of North. But her journey is filled with suffering and pain. In front of her eyes, her father get beheaded and was engaged to a sociopathic evil person who loves to torture and kill people. She was sold to him who assaulted her repeatedly. The trauma she faces throughout her journey was unbearable. The Wire show portrays tragedy and the characters become victim of a system that none of them contributed to creating. Bubbles, Wallace, and even Stringer Bell, D’Angelo Barksdale face struggle and death. D’Angelo loses his friends and goes to prison after convinced by his mother that he should not go against the Drug Empire. Later, he was killed in the person and makes to look like he committed suicide. Toby is a good guy and Michael is always abused him. Once he said something horrible that if he was in a room with Toby, Bin Laden, and Hitler and he has a gun with 2 bullets and has to shoot one person. He will kill Toby. On the show, Toby is treated like human garbage.