What Diet Drink Was Hyped by Coca-Cola for Having Only One Calorie, in 1963?

TaB cola is a soft drink introduced by Coca-Cola in the year 1963. Before introducing  TaB cola, diet rite cola was the only sugarless soda available on the market. The sales of TaB cola sky-rocketed in the 1960s and 1970s.  According to Wikipedia, TaB was especially marketed to consumers who wanted to “keep tabs” on their weight.

After the TaB cola became popular in the 1970s, Coca Cola took its next step and released several other versions of TaB cola.

Is TaB the Same as Diet Coke? 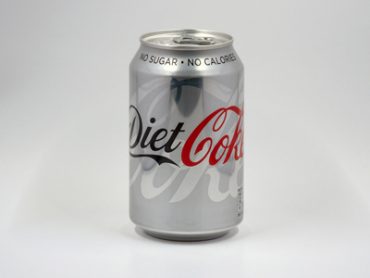 No, TaB and diet coke are not the same. Diet coke was introduced only in the year 1980. But both are low-calorie colas introduced by coca-cola. The major difference is the sweeteners, TaB contains Saccharin instead of sugar.

A Small Flashback of Saccharin

TaB initially used a mixture of cyclamate and saccharin as sweeteners. But In 1969, the FDA banned cyclamate. Hence, sodium saccharin was used as the primary sweetener. In the early 1970s, studies on lab rats showed that using a high volume of cyclamate and saccharin may lead to bladder cancer. As a result, the United States Congress declared to label a warning sign on the foods that contain saccharin, displaying that the sweetener had been shown to cause cancer in lab animals. Despite this, TaB was the best-selling diet soda in 1982. But later the law of flashing a warning label on foods was repealed by the United States Congress as there was no evidence that saccharin caused bladder cancer in humans.

The sales of TaB cola went down after Coca-Cola introduced the diet coke in 1982. So, Coca-Cola has discontinued its supply of TaB internationally. But it is still available in selected locations in smaller quantities compared to the other drinks from Coca-Cola.

There are several passionate lovers of TaB and that is why TaB cola is still available online globally.

What Diet Drink Was Hyped by Coca-Cola for Having Only One Calorie, in 1963? ANSWER NOW
Recent Posts

Who is Napalm Girl?