The Origin of Valentine’s Day

The expression Valentine’s Day itself gives a good vibe with a picture of hearts, flowers, and everything in between, doesn’t it? But, the history behind this beautiful day doesn’t seem to be a pleasant one. There are multiple folklores surrounding the history and origin of Valentine’s Day. However, here’s the most popular tale we know!

It is said that the Roman Emperor Claudius II who ruled Roma in the 3rd century believed in the fact that single men were more efficient in warfare compared to the men who were married. This urged him to pass a law that commanded men to not marry. This law brought depression to young men during that time.

Why Is Valentine’s Day Celebrated on February 14th?

This is when St. Valentine, a patron of love arranged marriages for young couples in private. Claudius is said to have been agitated with the act of St. Valentine and finally ordered him to be killed. A rather dark irony is that St. Valentine was killed on February 14th; the day we all celebrate as a day of love with flowers, chocolates, gifts, and whatnot.

Another interesting tale states that there was more than one St. Valentine who was killed by the Roman King Claudius during his rule. In fact, two saints of the name Valentine were killed on the same day, Feb 14th. After his death, St. Valentine was considered the patron of love, and the day of his killing has been observed as Valentine’s Day ever since in Rome and Greek.

However, it was Shakespeare and other writers and poets in his time who mentioned Valentine’s Day as the day of love in their works. This brought the tradition of celebrating Valentine’s Day in England, and other European countries. Printed greeting cards slowly replaced the handwritten ones in the 18th century.

6 Romantic Valentine's Day Getaways You Must Visit Once 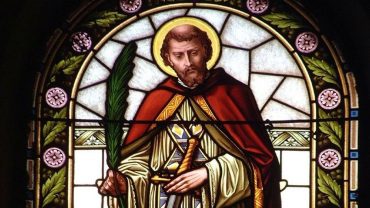