You Must Visit These 6 Best Ice Skating Rinks

Ice skating is one of the sports that immediately drew attention and popularity in a short time. People love this sport because of the benefits it offers. It helps improve balance and is a form of cardiovascular exercise. Your strength, balance, flexibility, and coordination improve a lot while playing Ice skating. If you are one such person who loves ice skating, here are the top 9 ice skating rinks you must visit at least once. 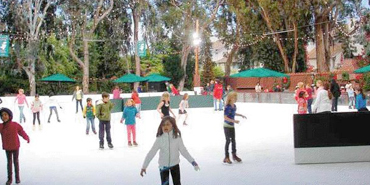 San Jose State Engineering Professor Duncan Williams after migrating to Palo Alto, began experimenting with freezing an ice skating rink even in milder weather conditions. After using several strategies, William created an outdoor rink. It was officially begun in 1956. Now, it was one of the skating schools in the country. In 2007, it was ranked as one of the top 10 outdoor ice skating experiences in the country. 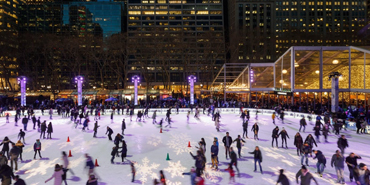 Bank of America Winter Village at Bryant Park has one of the best ice skating rinks in New York City that everyone who loves ice skating must visit. Those who visit Bryant park can play ice skating and enjoy other games and events. The park was closed because of the pandemic and now it reopened with some safety measures. Now you all can visit and have some fun! 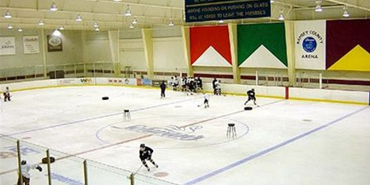 It is a 300,000 sq.ft United States skating rink that features eight sheets of ice. It is the largest ice arena complex in the world. The total cost to construct two stages was $21 million. It also offers many Ice Hockey programs for hockey players of all age groups. It is a must-visit for all those lovers of Ice skating. 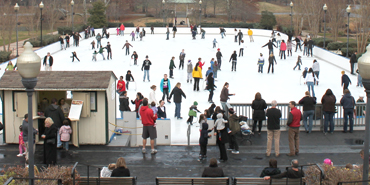 Quiet Waters Park is one of the best outdoor skating rinks in the US. It is a 340 acres park that is operated by the Anne Arundel Recreation and Parks. It was officially opened on Labor Day in 1990. The County Executive O. James Lighthizer mentioned that getting the park opened was “the toughest political fight in my 16 years of politics.” but he also said that after it opened everyone loved it. Other amenities of the park include Blue Heron center, Concert stage, Dog beach, and pavilions. As of 2010, it attracts 700,000 visitors every year. 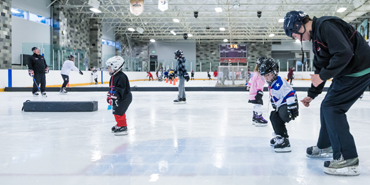 It is considered one of the top American ice skating spots. The Toyota Sports Center was formerly known as the HealthSouth Training Center. It is a practice facility for the Los Angeles Kings and the Ontario Reigns. It includes three public ice rinks that hosts several ameteur and youth hockey leagues throughout the year. Some of the skaters who trained at this rink include Michelle Kwan, Evan Lysacek, and Mirai Nagasu. Do you want to miss such an amazing ice skating place? Visit now! 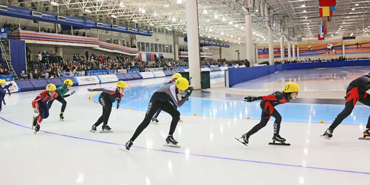 This ice skating spot in the USA is an indoor ice skating facility in Milwaukee, Wisconsin that features two international-size rinks and also a speed skating oval. It was opened on January 1, 1993, and was named after Lloyd Pettit. It is one of the only thirty indoor 400-meter ovals in the world. It is also the sixth oldest and is an official US Olympic training facility. It hosts several tournaments and skating competitions including Long Track Speed Skating Championships and World Sprint Speed Skating Championships. The rink’s first skaters are the Olympic speed skating gold medalists Bonnie Blair and Dan Jansen.

10 Interesting Facts About Mammoth Cave You Need to Know