5 Animals That Have Been Taken to Animal Trials

In today’s modern social life we all accept that animals act on their own without any instinct and they are not at fault when something goes wrong. But things were totally different back then. The medieval animal trials were famous in ancient history. If an animal was caught committing bestiality, animal trials or animal executions would be done and they would be either sentenced to jail & hanged or burnt alive.

In 1386, a female hungry pig attacked and ate a small child’s head and arms. After being found guilty by the people, it was dressed in man’s clothes and hanged in the main square in Falaise by the court of France. By seeing the pig hanging on the main square the children’s parents were relieved. Not only this female pig, but there were also some other pigs that attacked and ate small children. Those pigs were also sentenced to jail and fed the same food as humans until they were hanged.

In 1474, a rooster laid an egg in Switzerland. This is not naturally possible as roosters are male. Since it was in the 15th century they thought it was some devil’s work and the rooster was put on trial and it was sentenced to burn alive by the council of magistrates. The executioner later found there were still 3 more eggs inside the rooster’s body. Those eggs were thought to be Basilisks, a legendary reptile hatched from an egg laid by a rooster that had been inseminated by a snake or frog.

Which of the following circus does elephant Mary belong to? 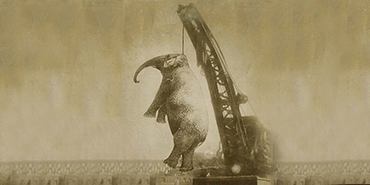 In 1916, a female circus elephant in Tennessee town named Mary was carrying her new trainer Red Elridge on her back. Elridge was a new trainer who had no experience in elephant wrangling before. On the second day of training Mary got distracted by a watermelon, Elridge whacked and poked her with a metal hook to grab her attention. That was painful and made Mary angry so she pulled him with her trunk and stamped his head in front of the crowd. The circus owner knew if they didn’t solve the problem, surely people will sue his circus so he came up with an idea of lynching the elephant near Erwin town through the crane.

In 1506, a group of rats was summoned in court for destroying a field of crops. The case was handled by  Barthélemy de Chasseneuz, who is a famous French jurist, popular for his defending cases of animal rights. Chasseuneuz’s most brilliant way of handling the case with legal and Christian theology made him win the case and the court also agreed to release the rats with a warning that they should stay away from the fields. In case the rats failed to obey the orders they would be excluded by the local bishop. 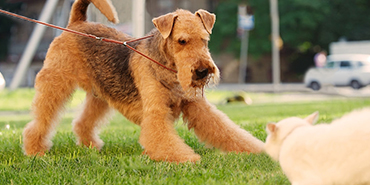 In 1921, a purebred Airedale terrier named Dormie was caught killing and eating the cat Sunbeam and her newborn kittens in the backyard by the people. Dormie was actually responsible for killing nearly 14 cats in the town. The court insisted on euthanizing Dormie but McMillan, the owner of the dog refused to kill the dog. He hired a lawyer and demanded a jury trial for his dog’s inhumane behavior. In the end, Dormie was released and the cats were asked to stay indoors.