Top 5 Sugary Confections You Need to Try on Your Travel

Humans can detect five major flavors- sour, sweet, bitter, salty, umami. But most humans are naturally drawn to sweet including newborns. Not only humans mostly all the animals except carnivorous are attracted to sugary foods. Researches show that the desire towards sweets is usually caused by genetics.  During ancient times, people considered anything that is sweet safe to eat eg, fruits. So no wonder why we are inclined towards sweet more than any other flavor.

Most people eat sweets because they believe it makes them happy and energetic. Studies have also shown that while eating sugary food your body releases dopamine that is responsible for motivation, reward, etc. This makes us feel good, and people get addicted to the tendency of feeling good while eating sweets. This is the story behind how we humans became fond of sweets.

There are so many travel destinations around the world that offer the best sugary foods to satisfy your sweet tooth. Planned your trips? Ready to explore the world? To make your trip complete we have listed down some travel snack ideas that you must try.

1. How Many Basic Tastes Can a Human Detect?

Tiramisu is one of the most famous travel snacks around the world. Tiramisu is a no-bake coffee-flavored Italian dessert that literally means “pick me up”. The main ingredient in Tiramisu is ladyfingers (sweet finger-shaped cookie). The ladyfinger is dipped in espresso and layered with creamy sweetened mascarpone cheese, eggs, and sugar. This is flavored with cocoa powder and in the end. Tiramisu can be found in the menus of many restaurants around the world but they all come in different variations. Tiramisu was originally rectangular but now since there are many variations in it the shape changed over time. It is rich in fat, vitamin A and much more. They are so famous that Gemona del Friuli, a commune in the province of Udine has made the world’s largest weighing 3015 kg.

The one travel snack that is a must when you travel to South Africa is Malva Pudding. Do not forget to taste this delicious cake during visits to South Africa.  Malva pudding originates from South Africa. It is a spongy caramelized cake that contains apricot jam and is often served while it is hot and with the cream sauce poured over it, it is usually served with vanilla ice cream. The origin name of the Malva pudding is still unclear. Many say that the sauce originally had Malvania wine and some say that the pudding was named after a woman called Malva.

Gulab Jamun is a famous sweetmeat in India. They are specially prepared during festive seasons like Diwali, Ramzan, Christmas, etc. Gulab Jamun is usually made and served to neighbors as a symbol of love. Gulab Jamun was originally made with Khoya (milk solids) but later milk powder was used as an alternative. The Gulab jamun balls are deep-fried in ghee and then allowed to soak in a sugary syrup until it absorbs all the flavor. It is then served with cardamom seeds on the top. This is a must-have travel-candy whenever you visit India.

Kifli also is known as Kipfer, is a very famous Hungarian Walnut cookie. You can easily find Kifli in any Hungarian restaurant. The original shape of Kifli is crescent which indicates the goddess of the moon, Selene. But now Kifli comes in different shapes and variations. Kifli is basically dough stuffed with walnut filling in the center that is baked until it turns golden brown. It is usually topped with confectioners’ sugar. So, the next time you visit Hungarian restaurants, just treat your sweet tooth by having delicious Kifli.

Baklava is a sweet pudding that originated from the Ottoman Empire. They are usually made of soft layers fila dough filled with chopped nuts such as walnuts or pistachios. This combination is baked and a sweetened syrup that contains honey or rose water is poured over the Baklava. The Baklava is then served by garnishing with ground nuts. This is a treat if you are a person that craves sweets even if not Baklava will make you one. So try these super delicious confections while you visit Turkey.

Northern Lights or Aurora Borealis and Its Mystery

Royal Family Christmas Traditions That You Didn’t Know About

What Are Some Christmas Traditions in the United States? 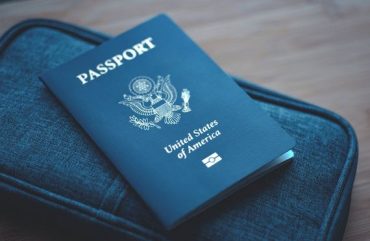 Top Countries Where US Citizens Can Travel Without a Visa