What Are the Traditional Easter Games?

Several Easter games are associated with Easter eggs. These Easter egg games were added to Christian traditions, but they originated in ancient fertility cults.

Are you looking for games to play with Easter eggs? We have assembled the most well-known and widespread games to play on Easter. The rules of these family Easter games may vary from culture to culture.

What Do Most People Give up for Lent?

Let’s have a look at these traditional indoor Easter game rules. 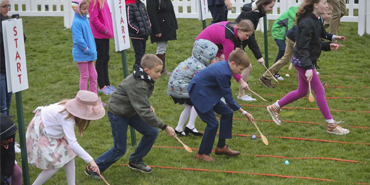 Egg rolling is also called Easter egg roll, a traditional game played with eggs during Easter. Various countries have a different version of the game, basically played with decorated or hard-boiled eggs. It is a race in which kids are supposed to roll down an egg on the grass or a steep hill with a stick or a long-handled spoon until it reaches the finish line.

The Easter Egg roll is an important event held on the White House South Lawn for kids in the United States. 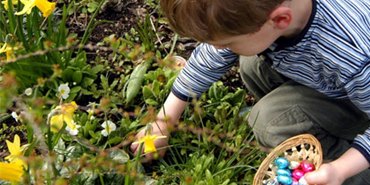 The Egg hunt is another famous Easter egg game, known as an Eastertide game. In this game, people have decorated eggs or Easter eggs hidden so that kids could find them. Real boiled eggs are dyed in colors; artificial eggs are produced with plastic that is filled with candies or chocolate, and foil-wrapped egg-shaped chocolates are also kept hidden in different areas. These eggs were placed with a different level of concealment so that it can be equally challenging for children of all ages.

Many people give up on chocolate as a Lenten sacrifice, and individuals eat them once their forty days of lent are completed.

The egg hunt is commonly played outdoors and can be played indoors. The kids typically collect as many eggs as possible in their baskets. When the hunt is over, prizes will be given to those who collected the most eggs, those who collect the largest egg or smallest egg, and those who collected most eggs in the same color, and consolation prizes were also given to encourage them. 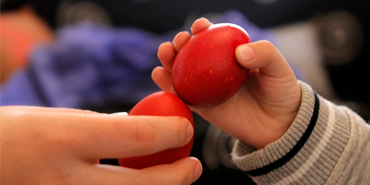 Egg tapping is one of the popular Easter traditional games. It is described in various names such as egg knocking, egg fight, egg boxing, egg pacqueing, egg picking, egg jarping, or egg chucking.

In English traditions, this game is called jarping, shackling, or dumping. The rule of egg tapping is easy and simple. One person holds a hard-boiled egg and taps the egg of the opponent’s with one’s own egg to break the opposite person’s egg without cracking one’s own. 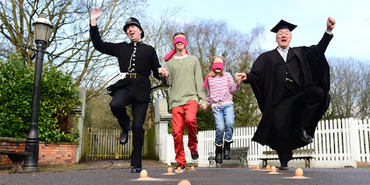 The egg dance is known as one of the funny Easter games in which eggs are placed on the floor or ground. The goal is to dance among them without placing your feet on eggs and cracking them. In Pagan celebrations of spring, the egg symbolizes the rebirth of the earth, and ancient Christians embraced this by considering the egg as a symbol of the rebirth of a man in Easter. 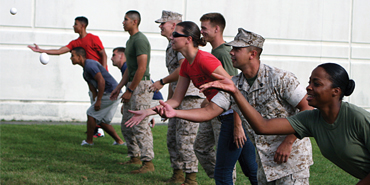 It is also known as the egg-throwing game in which people throw eggs on the land and eggs should land on the floor without breaking.

What Are the Traditional Easter Games? ANSWER NOW
Recent Posts

Fascinating Easter Facts That You Should Know

Famous Easter Parades From Around the World