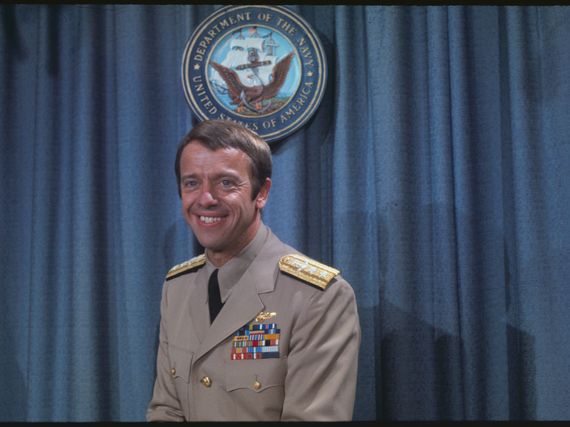 Navy Commander Alan B.Shepard was the first American to fly to space on his Mercury capsule called Freedom 7. The spacecraft traveled 116 miles (187KM) high from Florida. Freedom 7 landed into the Atlantic in 15 minutes and 22 seconds.

Alan B.Shepard was a naval aviator, American astronaut, businessman, and test pilot. He was considered the second man who went to space in 1971 and walked on the moon. Find everything about the first man in space from the USA to improve general knowledge.

The First US Man in Space

How Long Was Shepard in Space?

In 1961, both the US and the Soviet Union tried their best to win the race to send the first human to space. The US started Project Mercury in 1958 to send the first US astronaut in space and chose its group of astronauts in 1959. So that they could get training for the mission. The Soviets planned their space project secretly. In 1960, they picked their spaceflight project and picked their own team containing 20 members. Soviets won the race as cosmonaut Yuri A. Gagarin completed his first space journey aboard his Vostok capsule in April 1961. Meanwhile, Alan B. Shepard remains the first American in space who completed his space travel on May 5, 1961. After three weeks, US President John F. Kennedy encouraged the US to achieve a lunar landing before the end of the decade.

NASA was founded in 1958 to support and help the United States space efforts before the Soviet accomplishments, such as the launching of the world’s first artificial satellite called Sputnik 1 in 1957. The Space Task Group (STG) located at NASA’s Langley Research Center in Hampton, Virginia, started the Mercury Program in 1958. They had three main goals, including researching man’s ability and functioning in space, orbiting a crewed spacecraft, and ensuring spacecraft and crew members’ safety. NASA had agreements with the McDonnell Aircraft Corporation of St Louis to construct the Mercury spacecraft.

NASA constantly experimented to win the project until the late 1960s. It succeeded the Apollo Lunar program. Americans moved ahead with Apollo 11 in July 1969. It was a three-stage spacecraft that carried US astronauts to the surface of the moon and came back to Earth. Alan Shepard also became the fifth astronaut to land on the moon as part of the Apollo 14 lunar landing program on February 5, 1971.

Who Was the First American in Space? Find out His Space Journey ANSWER NOW
Recent Posts