The Top 5 Haunted Hotels You Must Visit

People usually love mysteries. Visiting haunted places allows us to experience real horror. If you are someone who loves learning about ghosts and mysteries? Then there are the top 5 most haunted hotels you can visit. 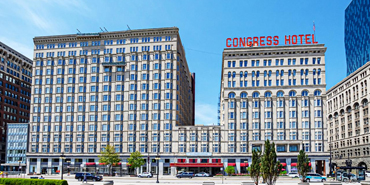 Congress Plaza hotel is one of the most haunted hotels in the U.S. This hotel in Chicago is one of the most prestigious hotels. It was built as an annex to the auditorium theater across the street. Many people say that gangster Al Capone lived here. It is also suggested that he owned the hotel for some time as headquarters. But, Al Capone never really lived there as there were no records showing that he stayed there at least not under his name. The haunting part is, many people get to see him roaming around in Congress Plaza Hotel. Not only this, there are many other stories that make this hotel haunted. A person was said to be murdered in this hotel many years back; he is now referred to as Peg Leg Johnny”. A workman was said to be buried behind the walls of the hotel who is now referred to as the “hand of mystery”. Another rumor is that some bridesmaids who visit wedding parties in the Gold Room of the hotel are not visible in pictures. Other than all these, loud voices, shady outlines, and the automatic door shuts are some of the things you can notice when you visit Congress Plaza Hotel. 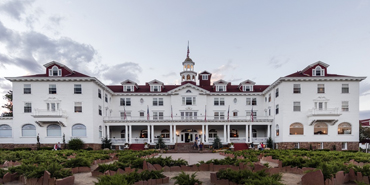 Freelan Oscar(F.O) Stanley built this hotel in order to recover from tuberculosis. He needed some fresh air and sunlight in order to lead a peaceful life. While he entered the hotel in 1903, he was weak and underweight but soon he regained his health. Later, Stanley died in 1940 at the age of 91 but many people say that his spirit still roams around in the hotel. His wife and other employees of the hotel claimed to have seen Stanley in the hotel’s billiard room and bar. Not only him but a former housekeeper of the hotel, Elizabeth Wilson who died after a few years of surviving a blast in room 217 was spotted in the same room lighting lamps. Several visitors have also reported having seen a child with autism. On the fourth floor, visitors have noticed voices of children playing and laughing. 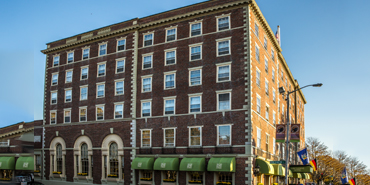 The hotel was opened in 1925 for business. It was one of the popular hotels of all time especially after it got featured in the TV show “Bewitched” in 1970. Several world leaders such as former President George Bush and Gen have stayed here. It was so popular that actors Alan Alda and Liza Minelli visited the hotel. It was renovated in 1986 and the National Trust for Historic Preservation added it to the list of Historic Hotels of America. The Hawthorne Hotel was named after the author Nathaniel Hawthorne. Many visitors claim that after a fire accident, there were many occurrences of paranormal activities. Many reports suggest that Room 325 and 612 are the most active rooms in the hotel. Many people have also reported strange noises and moving furniture. 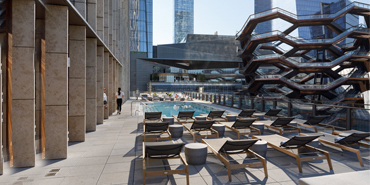 The hotel is located in Manchester, Vermont, and was constructed in 1769. This is one of the most haunted hotels of all time. There are many stories about Equinox. The story about President Abraham Lincoln and his family was very popular. During their visit to the hotel, Abraham Lincoln was assassinated. Many employees have reported having seen Mary Todd Lincoln and a small child on the third floor of the building while cleaning. Many visitors have also noticed paranormal activities while visiting the hotel. They have experienced whispering voices, automatic movement of furniture, and shady outlines. Though no-one was hurt, many incidents that happened were frightening and haunting to the visitors. 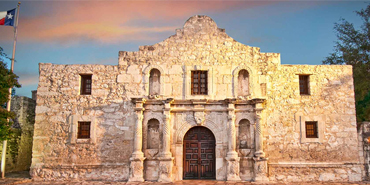 This horror hotel is located in Texas. Before it was a hotel, it was a hospital that was located near a battlefield of the Mexican forces and Texans in the Long Barracks of the Alamo in 1836. More than 600 people lost their lives in this battle. After the hotel was built many staff and visitors shared their stories about the paranormal activities. Mysterious phone calls and weird noises were some of the incidents that people noted. On the 14th floor, visitors have noticed the smell of antiseptic odor.

Have you visited any of these hotels? Let us know your experience!