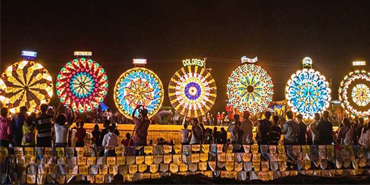 The Giant Lantern Festival was a religious activity held each year before the day of Christmas in the city of San Fernando, Philippines. Because of the popularity of this festival, the city is known as the “ Christmas capital of the Philippines”. Traditionally, the lantern was a simple creation made up of Japanese origami papers about half a meter in diameter and lit by candles.

How Old Is Santa Claus Now? 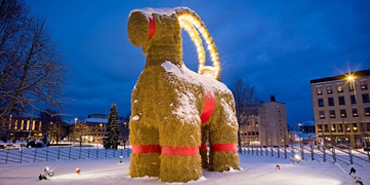 Gävle Goat is a traditional Christmas festival that originated in Sweden in 1996. A 13-meter tall yule goat has been built at the center of Slottstorget (Castle Square) in central Gävle. This giant traditional Swedish yule goat has been erected each year by the local community group of peoples at the beginning of Advent season over a period of two days. 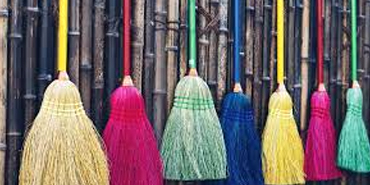 The Norwegian tradition is one of the weirdest Christmas celebrations around the world. In Norway, people used to hide their brooms before going to sleep. This tradition has been followed by people for centuries. They believe that during Christmas Eve witches and evil spirits came out to look for the groom to ride on. Still many people follow this tradition in Norway. 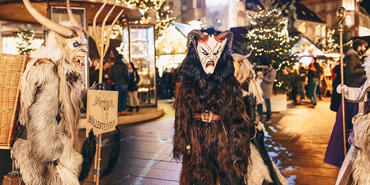 In Austria, the Krampus tradition is the weirdest tradition when compared to other Christmas customs around the world. A beast-like demon creature roams around the streets of Austria by frightening kids and punishing the bad ones. During the first week of December, young volunteers used to dress up like Krampus with clattering bells and chains to frighten the naughtiest children. 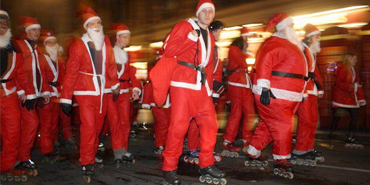 Out of all holidays, Christmas is the most fun-filled festival in Venezuela. Venezuela is well known for its love for fireworks. Whereas it is also famous for its festive skating tradition on Christmas Eve. As this tradition is so popular, every year before one week of Christmas the streets will be closed by the government so that people could skate happily with their families. 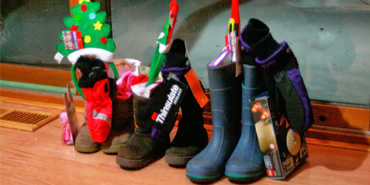 One of the famous Christmas traditions in Germany is children were used to hanging their boots or shoes outside their door as Santa would place some tiny gifts inside the shiny boots. Christmas Eve is often recognized as magical, as the city is decorated with garlands, wreaths, and magnificent Christmas trees decorated with colorful lights that make the city shine brighter. 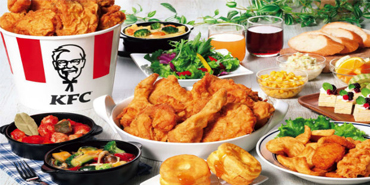 Christmas has never been a great part of Japan. Until the Kentucky Fried Chicken Christmas dinner tradition began in 1974. They followed a small and secular tradition such as sharing gifts, light displays, and a few gatherings. People thought that it was inspired by the western tradition of the turkey feast. As Turkey is impossible to find in Japan they settled on KFC feast.