What Does Quarantine Mean?

Quarantine meaning: Its a place or state of isolation for a person/animal who may come in contact with a contagious disease. Quarantine is not meant but for sick people but it is also for those who appear healthy and could spread a contagious disease without knowing they are potential carriers. In many cases, travelers who seem to be healthy are also quarantined depending on outbreaks, travel history, and where they are visiting. SARS, Smallpox, plague, cholera are quarantinable diseases.

What Is the Difference between Isolation and Quarantine?

Isolation is used to separate patients with communicable diseases (ill patients) from those who are healthy. It restricts the movement of ill patients to help stop the spread. Example: Patients with infectious tuberculosis are kept in isolation at the hospitals.

Quarantine is used to restrict the movement and separate persons who seem to be healthy but may have been exposed to a contagious disease. These are people who are exposed to disease and do/don’t show any symptoms. It also helps to contain communicable diseases.

1. What Does It Mean to Self-Quarantine?

The concept of quarantines has been around for a long time. The earliest example as per the book of Leviticus recommended isolating people with leprosy. It is also evident that people at that time did not have any knowledge of viruses or bacteria. People just recognized that isolation is the best way to stop others from getting sick.

The Practice of Quarantine during the Middle Ages

As per the Centers for Disease Prevention and Control, the quarantine process we are familiar with began during the middle ages. In the 14th century, ships that arrived in Venice from areas struck with the Bubonic Plague (Black Death) were required to anchor away from port for 40 days before they could dock.

It was initially known as “quaranta giorni” in Italian which means 40 days. Later it evolved as “Quarantino.” The period of 40 days turned out to be effective which later turned to be the standard practice in Europe for the next 300 days.

Quarantine for Yellow Fever in The US

The Yellow fever epidemic killed around 5,000 people in the year 1793. Later, The commonwealth of Philadelphia opened a quarantine station in 1799 on Delaware River. In the 1830s, New York City issued a quarantine for all vehicles and ships entering the city to protect people from cholera pandemic. However, the quarantine wasn’t effective as many immigrants managed to escape quarantine and find way around the cities.

During 1918, health authorities in the U.S. and Europe highly recommended social isolation because the flu-causing pathogen was spread through sneezing and coughing. Many agencies banned public events, gatherings, and all public institutions were closed. During the Spanish Flu, The New York and Illinois State Health Department issued mandatory regulations to quarantine ill patients. Patients with the most severe symptoms were treated and those with mild symptoms were advised to remain at home.

Quarantine to Minimize the Risk and Spread of Disease 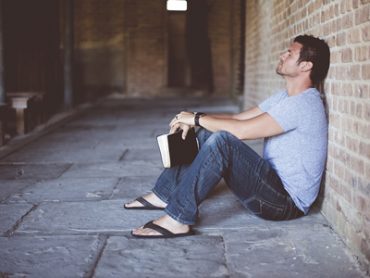 Quarantines seem to be the most effective way to minimize the spread, however, they are not the best solution always. The SARS (Severe Acute Respiratory Syndrome) epidemic of 2003 led to quarantining many countries, but it remained difficult to enforce.

During 2014, the Ebola epidemic, in Liberia and Sierra Leone, the neighborhood countries and states were locked down. However, the civil unrest resulted in the lift of order within three days.

The U.S Department of Health & Human Services has to respond and declare to a public health emergency. The CDC operates more than 20 quarantine stations in 20 major cities and ports across the US. The Division of Global Migration and Quarantine has all the rights to examine, detain, quarantine, and release individuals and animals suspected of carrying a communicable disease.

What Are the Deadliest Diseases in the World?